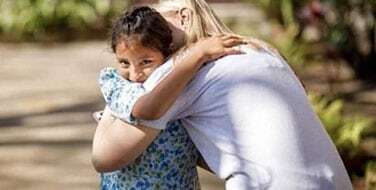 Want to write a piece for 3DHEALS Expert Corner? Email us: info@3dheals.com

Over the past 18-24 months, professional 3D scanning and printing technologies have evolved to such a point that even across industries widely known for their adherence to the strictest levels of accuracy, they can no longer be ignored. This is particularly the case in the medical field; specifically, for the purpose of this present article, in orthotics and prosthetics. Following the emergence of 3D scanning technologies in the field, due to concerns regarding insufficient levels of accuracy, many orthotists and prosthetists remained hesitant about moving forward into the adoption of such technologies, choosing instead to continue on with plaster casting, among other traditional methods. But, as is the case with nearly everything high tech, the difference between then and now in the world of 3D scanning and printing is like night and day.

To highlight one very successful use of 3D scanning and printing among many, let’s venture down to the southern hemisphere, to a non-profit prosthetics clinic in rural Guatemala where they’re scanning disabled children and using 3D printing to create for the new and affordable, highly functional, yet extremely durable arms and legs. LifeNabled, founded and run by ABC Certified Prosthetist and Board Certified Orthotist Brent Wright. Brent came up with the new designs in response to the rugged and humid environment in rural Guatemala, and to give you an idea of the cost savings of his 3D-designed prostheses, the standard going price for a standard AK (above the knee) prosthesis is about $15,000, but Wright makes his for only $300. A new foot? Just $50. A knee replacement? Only $70.

These degrees of affordability and functionality simply can no longer be ignored. To hold up another example, if you look at the cost of materials for making a prosthetic arm the traditional way, it’s in the $800-$1200 range, but when it’s done with 3D printing, which LifeNabled began doing in 2016, “We can make an arm for approximately $4 in materials costs,” said Wright.

Such low costs and easy-to-create designs (in a matter of hours) have allowed Wright and his team of helpers, all working via the support of generous donors, to create 30-40 new prostheses in the 6-7 days that they’re visiting the clinic at Hospital Shalom twice a year. They also see another 10-20 existing patients during each visit, for any adjustments, repairs, etc.

For 3D scanning, Wright and his clinic use an Artec Eva, a professional handheld structured-light scanner that quickly creates highly-accurate, lifelike 3D models that are easily exported to programs such as Geomagic Freeform, which is Wright’s choice of software for designing and modifying his 3D models prior to printing. He also has integrated Fusion 360 into his workflow, as it gives him the freedom of designing joints and custom features for the clinic’s revolutionary prostheses.

“The beautiful thing about making prostheses this way, with Eva and then digital processing, is that I can do it anywhere, literally. Once the scanning’s done, and it’s done fast, I can even sit down in front of the TV with my laptop and do the rest of the design work right there,” said Wright.

Twice a year, every year, since 2006, Wright and his wife Meredith have been traveling to Guatemala, to the clinic at Hospital Shalom. With time, they’ve been carrying more and more gear in their suitcases and carry-on bags. Today such an inventory includes the following: Artec Eva, two 3D printers (Filament Innovations), a high-powered Alienware laptop, aluminum pylons for prosthetic legs, plastic filaments for the 3D printers (CF PETG, PETG, polycarbonate, etc.), prosthetic knees, Niagara feet, fiberglass for casting, and whatever else they can fit.

As of today, LifeNabled has created more than 400 prostheses for amputees in Guatemala. Many of their once-very-young patients are now nearing adulthood. In the past, such children would’ve grown up to be adults without a future, but today, these patients are pursuing their dreams, attending schools and courses to become doctors, teachers, business people, even volunteers at the same clinic which turned their lives around.

3D scanning and printing technologies have matured to the point of being entirely ready for widespread adoption, and not merely by advanced clinics and hospitals. Medical specialists around the world, in everything from prosthetics to implant dentistry, plastic surgery to ergonomic exoskeletons, have been adopting 3D scanning and printing as their go-to method of choice, bringing both their patients and themselves previously-unreached levels of comfort, flexibility, cost savings, precision, and more.

Andrei Vakulenko is the Chief Business Development Officer at Artec 3D. Prior to this role, Andrei was the company’s Vice President of New Markets. Andrei has over 16 years’ experience as a partner, CEO, and co-founder of high tech venture businesses from seed investments and incubators to venture funds management. Projects focused on IT and Internet business including SaaS, mobile, e-commerce, community building, recreation and travel, biometrics and pattern recognition, e-passports and machine-readable travel documents; as well as optoelectronics, and gas-to-liquid technology.

Cardiac 3D Printing: The Heart of the Matter